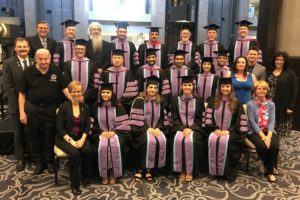 The AGD Fellowship and Mastership are prestigious symbols of dentistry’s continuous journey toward improvement and progress. Fellows and Masters embody AGD’s principles and ideals and accept an obligation to prove themselves worthy of their designations throughout their professional lives. To earn Fellowship, dentists must earn a minimum of 500 approved CE credits, and pass a comprehensive examination. To attain Mastership, AGD Fellows must earn an additional 600 approved CE credits, and 400 of the credits must be in the form of participation courses. In the AGD’s 60-plus history, 16,800 members have earned Fellowship and 3,434 members have earned Mastership. This year, 277 members received their Fellowship and 69 members received their Mastership at the AGD annual Convocation ceremony. The Fellows and Masters honored at this year’s Convocation ceremony represent a commitment to lifelong learning and support the AGD’s mission to “serve the needs and represent the interests of general dentists and to foster their continued proficiency through quality continuing dental education in order to better serve the public.” 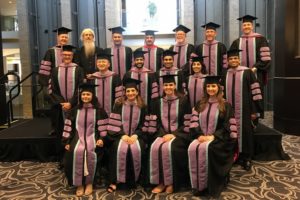